Israel in the eyes of the world

I, as an Israeli, often feel like the entire world is against us, not just our arabian neighbors.

Few blames anti-Semitism, but I believe there are other reasons, the most dominant of those would be political interests. Israel is a small country, with no natural resources, not a lot of men power. In addition to that we are surrounded by big and rich arab countries, which are against us: 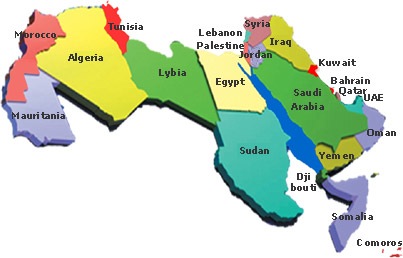 Most of the countries choose the stronger ally, while the U.S is an exception, since they have their own oil resources.

This is the only explanation I can imagine that will explain how come organizations like the United Nations Human Rights Council, rejects pro Israel speeches while accepting a clear anti-israel ones.

For this reason, political forces choose to focus on the middle east conflict, to gain support in their choosing of the arab countries over Israel.
There is more to say about the conflict then can be summed on this post. About the horrible way they attack us, About the rich arab countries deliberately ignoring palestinian problems to make it harder on Israel, about the impossible effort from Israel to keep humanity during it's fights. And yet, it seems like we always need to protect our actions, why is it not obvious that we don't want the war? That we are doing no intended harm?